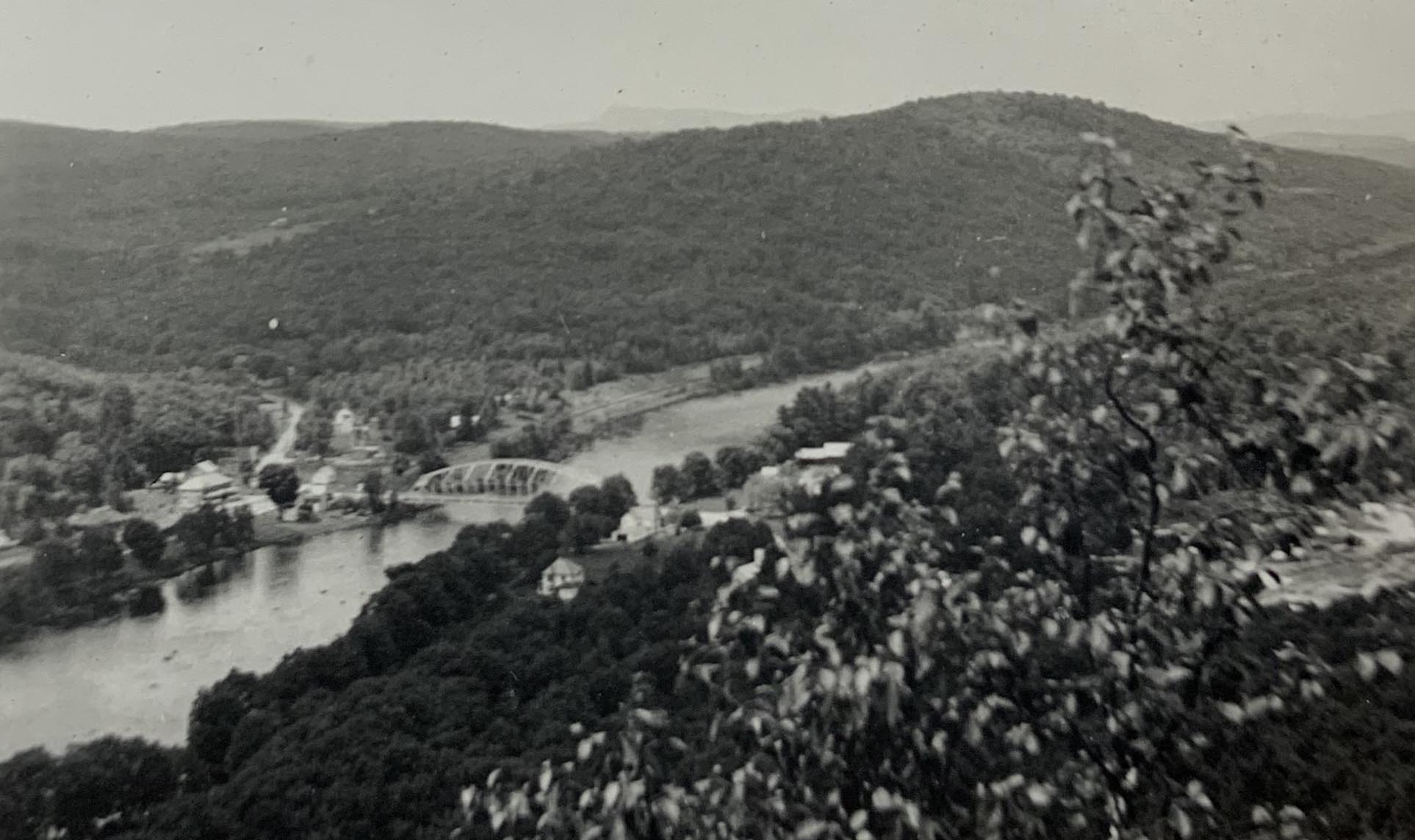 Riverside Camp – Photos of Camp Life at the Griffis Cottage

The following are photographs that were found in various scrapbooks that Evelyn Griffis created. Some of the photographs had dates written by them on the scrapbook pages. Other photographs were simply pasted on scrapbook pages without any explanation. While the river views change little over time, the photographs of the family chronicle the growth of James Dutcher Griffis and John Harold Griffis from little boys to young men while they spent their summers at Riverside.

Timeless views of the Hudson River: the first looking north and the second looking south from the vantage point of the Griffis cabin.

The photograph below was taken next to the Miller cabin with young James Griffis leaning on the family car, circa 1942.

A group shot of camp neighbors next to the Griffis cottage at the back porch. Evelyn Griffis is in the middle. Harold is second to the right. Cassius Miller is next to Harold on the right.

This photograph, taken around 1947, next to the Griffis camp with James Griffis and the local iceman. James worked for him during one summer.

Nancy Griffis with her older brother James Griffis at the Griffis camp.

Featured Image of this Story: “On Top of Campground Mountain”, circa 1920. This photograph was taken on top of the mountain that is next to the Riverside camp. The mountain was originally called Carpenter Mountain. The name was changed to Campground Mountain. The photo provides a great view of the Hudson River, looking north. You can see the 1919 Camelback Truss bridge over the river. In addition, you can see the second Riverside Hotel on the left side of the bridge. After a fire destroyed the Riverside Hotel in 1913, this second hotel was built by to replace it in 1914.  It was active until 1965 then torn down in 1969. [1] Photograph source: Personal scrapbook of Evelyn Griffis. Click for larger view of the photograph.

A contemporary view is provided below and was taken by Nancy Griffis after she hiked up to the top from the Griffis cabin in September 2021.